The dangers of resurgent nationalism in Greece

What appears here – perhaps for the first time in such a direct way – is a link between an assault against a public figure and the undisputed ideological premises of the extreme-right. 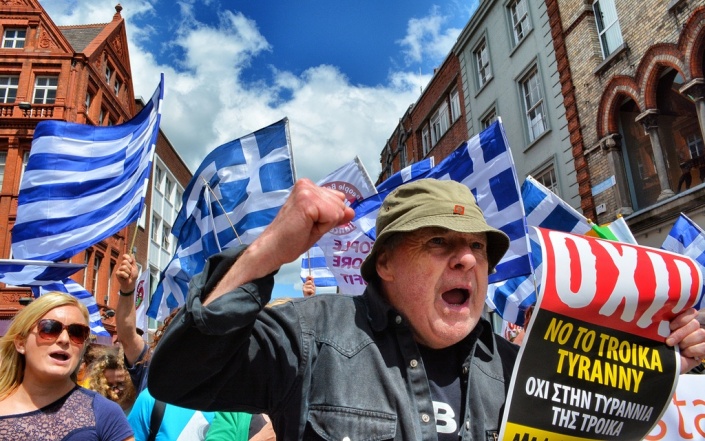 On 19 May, a mob assaulted the mayor of Thessaloniki, Yiannis Boutaris, during a public ceremony for the Day of the Pontic Genocide.

The incident began with shouts and insults: “Go away! We don’t want you here! Leave! Dirty fag! Dirty Jew! You anti-Greek! You Skopjean! You dirty Turk! Traitor! You should hang!”

Then, several people, including some who wore the emblems of the Pontic associations that organised the ceremony, started pushing the mayor.

Others started throwing plastic bottles and various objects at him.

His escorts tried to spirit him away, but the crowd followed him all the way to his car. People punched him on the head. One kicked him in the stomach.

When he reached his car, one man kicked the door in and another punched through the back window. As the car sped away, people started clapping and cheering.

This is hardly the first assault of its kind.

Read more on the EU Observer >>>

This site uses Akismet to reduce spam. Learn how your comment data is processed.